Here's how you can find the root of a mountain in Assassin's Creed Valhalla and what to do with it when you find it.

One of Ivaldi's riddle in Assassin's Creed Valhalla leads you into the Taking Root quest. The riddle asks you to collect the root of a mountain. This would be an impossible thing in the real world, but anything is possible since the quest takes place in Asgard. Fortunately, completing the Taking Root quest in Assassin's Creed Valhalla isn't too tough; it just takes some thinking outside the box. 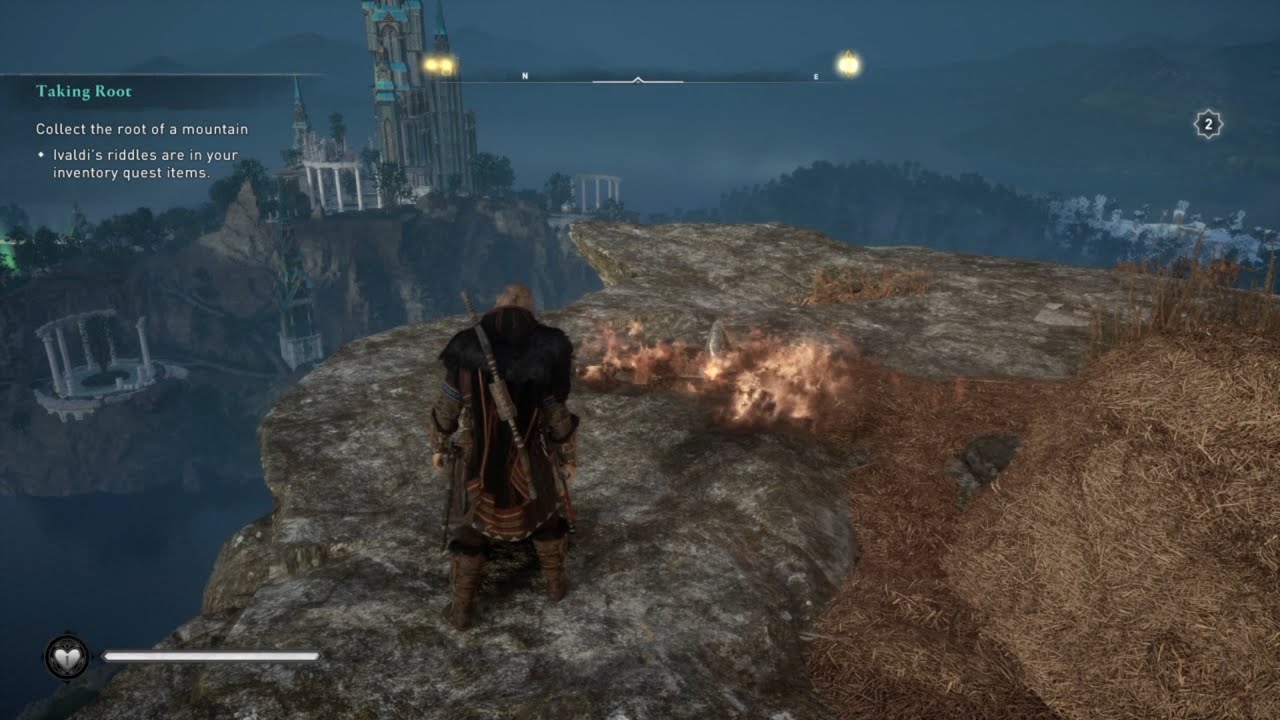 The riddle that starts the Taking Root quest in Assassin's Creed Valhalla is called Potential at It's Peak:

Cradled in rock, At Asgard's highest height, A seed sleeps in Ymir's cold grip. Warm it awake, bring it to water, For old bone to sprout with new life.

The riddle tells you exactly where to find the seed that will sprout into the root of a mountain and how to get it to grow.

First off, you must find the highest peak in Asgard. This can be found on the southwestern part of the southern landmass in Asgard. It's hard to miss because there's a synchronization point at its tip.

Climb the mountain and sync with the point. Afterward, take a leap of faith into the haystack below. Use your Raven's Eye Vision with R3, and you'll see the seed near the hay.

Before you can pick the seed up, you must "warm it awake." To do so, open your item wheel and throw a torch at the haystack. When the hay burns, it'll warm the seed and allow you to carry out the next part.

Now, pick up the seed and carry it to the edge of the cliff. Below you'll see a pond. Aim with LT or L2 and throw the seed into the pond with RT or R2.

Lastly, head down to the pond, and you'll see the seed has sprouted the root of the mountain. You can now pick it up and return to Ivaldi to complete the Taking Root quest in Assassin's Creed Valhalla.

Now that Assassin's Creed Valhalla is out in the wild, be sure to go pick it up and explore everything the game has to offer. You'll find everything from challenging combat, Viking "rap battles" in the form of flyting, and a gripping tale that you won't soon forget.

While you're cruising around the in-game world, don't forget to kit out your Arctis Pro headset with some special headphone speaker plates. Specifically, you want the Arctis Pro Speaker Plates Assassin's Creed Valhalla Edition! 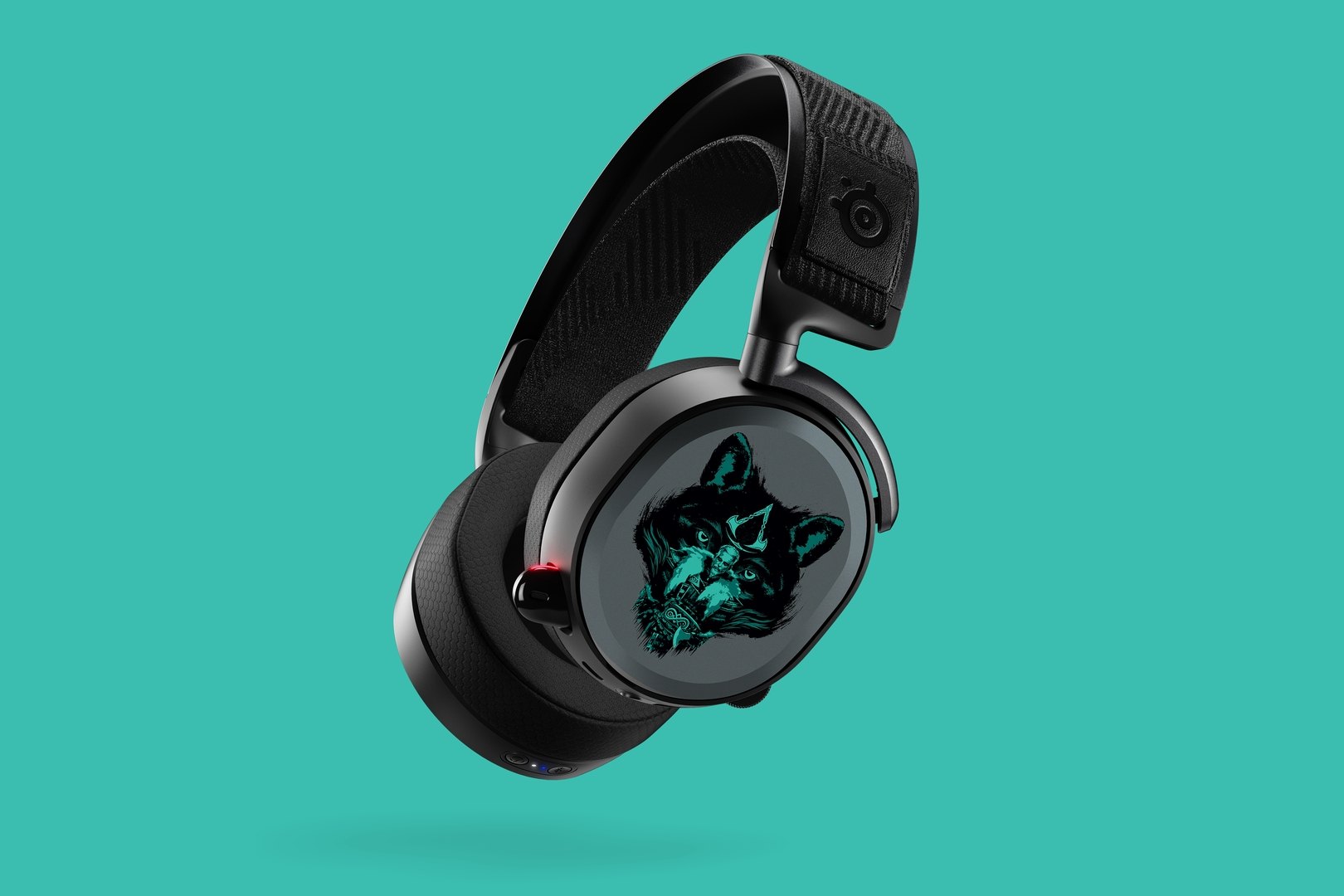 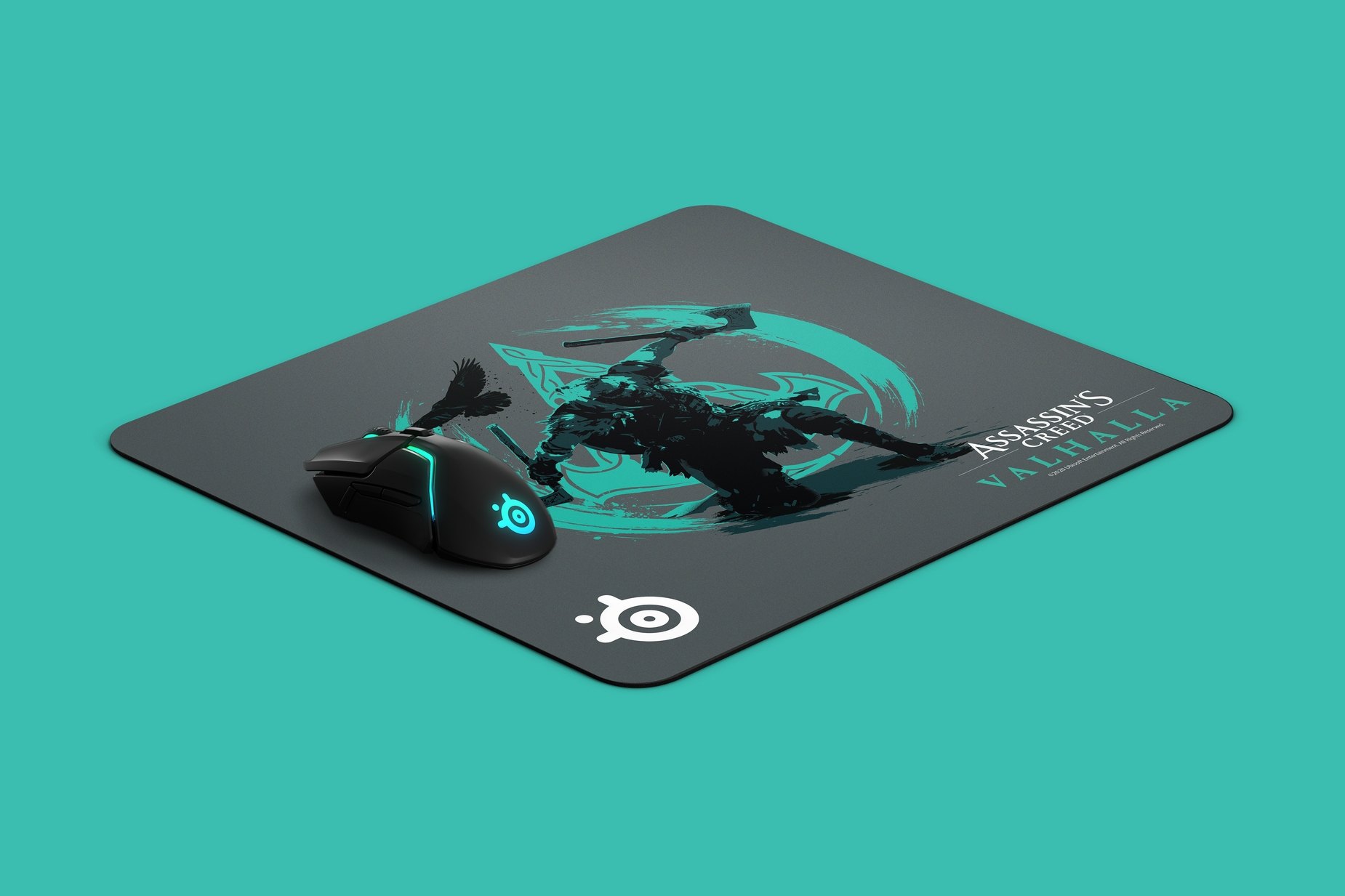 Be sure to check out our gaming gift guides!

Want to discuss all things Assassin's Creed Valhalla? Head on over to our SteelSeries Discord for some exciting conversation. 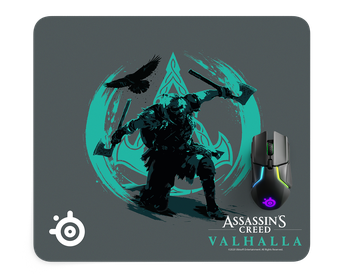 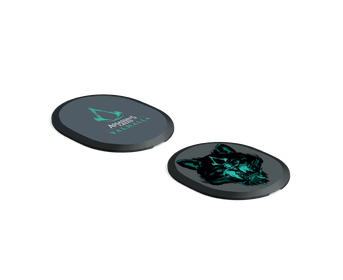 Giveaways, gaming, gear... it's all here: